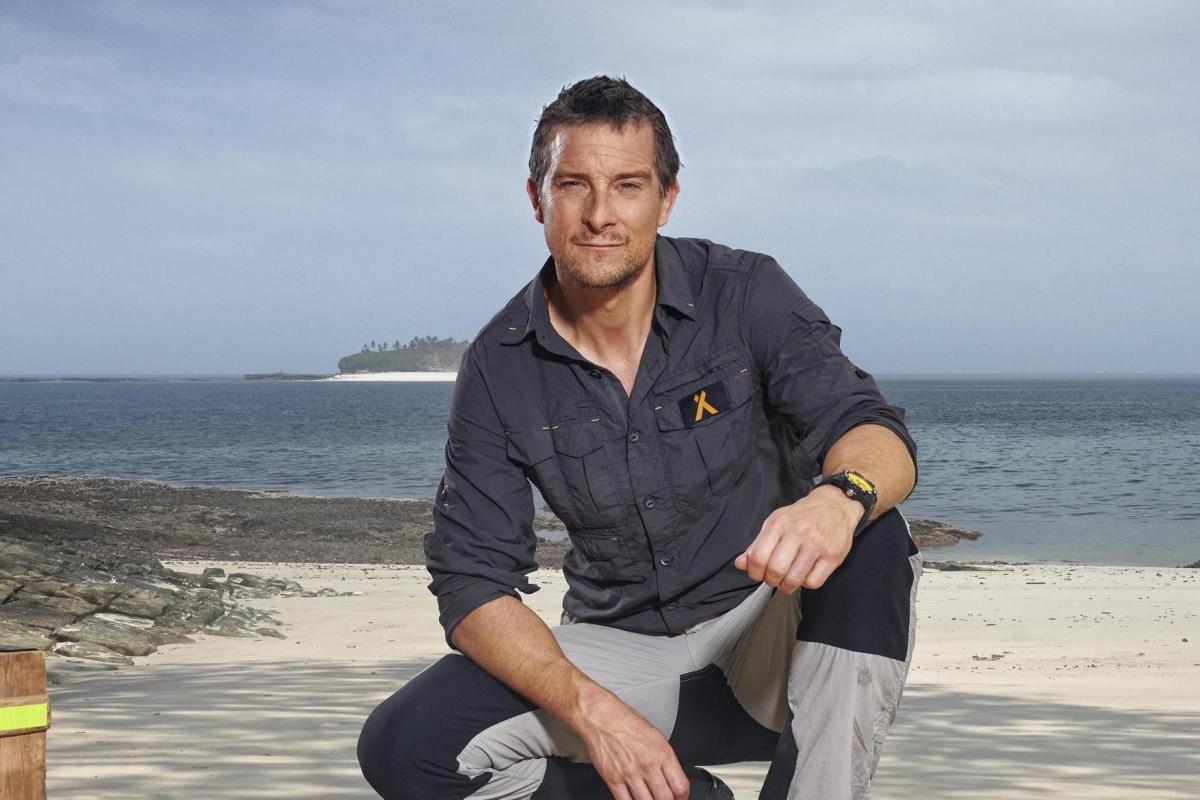 EDWARD MICHEL GRYLLS  (EMG )  better known as Bear Grylls  is a British former SAS serviceman, survival instructor, and honorary lieutenant-colonel, and, outside his military career, an adventurer, writer, television presenter and businessman. He is widely known for his television series Man vs. Wild (2006–2011), originally titled Born survival .Off screen, Bear has lead record-breaking expeditions, from Antarctica to the Arctic, which in turn have raised over $2.5million for children around the world.

Bear  Grylls is   involved in a number of wilderness survival television shows  in the UK and US. In July 2009, Grylls was appointed the youngest-ever Chief Scout of the United Kingdom and Overseas Territories at age 35, a post he has held for a second term since 2015.

FROM A FAMILY OF CRIKETERS TO WILD ADVENTURIST

Even though he is from Family of Cricketers he chosen adventure oriented profession .  From an early age, he learned to climb and sail and as a teenager, he learned to skydive and earned a second dan black belt in Shotokan karate.

After leaving school, Grylls briefly hiked in the Himalayan mountains of Sikkim and West Bengal. From 1994–1997, he served in the British Army reserves with 21 SAS as a trooper trained in unarmed combat, desert and winter warfare, survival, climbing, parachuting, and explosives. Becoming a survival instructor, he was twice posted to North Africa. His time in the SAS ended as the result of a free fall parachuting accident the year before in Kenya, when his parachute failed to open, breaking three vertebrae.

On 16 May 1998, Grylls achieved his childhood dream of climbing to the summit of Mount Everest in Nepal, 18 months after breaking three vertebrae in a parachuting accident. At 23, he was at the time among the youngest people to have achieved this feat. There is some dispute over whether he was the youngest Briton to have done so, as he was preceded by James Allen, a climber holding dual Australian and British citizenship, who reached the summit in 1995 at age 22. The record has since been surpassed by Jake Meyer and then Rob Gauntlett who summitted at age 19. To prepare for climbing at such high altitudes in the Himalayas, in 1997, Grylls became the youngest Briton to climb Ama Dablam, a peak once described by Sir Edmund Hillary as “UN CLIMBABLE “.

Three years later, he led a team of five, including his childhood friend, SAS colleague, and Mount Everest climbing partner Mick Crosthwaite, on an unassisted crossing of the north Atlantic Ocean, in an open rigid inflatable boat. Grylls and his team travelled in an eleven-metre-long boat and encountered force 8 gale winds with waves breaking over the boat while passing through icebergs in their journey from Halifax, Nova Scotia to John o’ Groats, Scotland.

In 2005, alongside the balloonist and mountaineer David Hempleman-Adams and Lieutenant Commander Alan Veal, leader of the Royal Navy Freefall Parachute Display Team, Grylls created a world record for the highest open-air formal dinner party, which they did under a hot-air balloon at 7,600 metres (25,000 ft), dressed in full mess dress and oxygen masks. To train for the event, he made over 200 parachute jumps. This event was in aid of The Duke of Edinburgh’s Award and The Prince’s Trust.

In 2008, Grylls led a team of four to climb one of the most remote unclimbed peaks in the world in Antarctica, to raise funds for children’s charity Global Angels and promote the use of alternative energies. During this mission the team also aimed to explore the coast of Antarctica by inflatable boat and jet ski, part powered by bioethanol, and then to travel across some of the vast ice desert by wind-powered kite-ski and electric powered paramotor. However, the expedition was cut short after Grylls suffered a broken shoulder while kite skiing across a stretch of ice. Travelling at speeds up to 50 km/h (30 mph), a ski caught on the ice, launching him in the air and breaking his shoulder when he came down.

In August 2010, Grylls led a team of five to take an ice-breaking rigid-inflatable boat (RIB) through 2,500 miles (4,000 km) of the ice-strewn NORTH WEST PASSAGE The expedition intended to raise awareness of the effects of GLOBAL WARMING   and to raise money for children’s charity Global Angels.

Grylls’ book, Facing Up (UK)/The Kid Who Climbed Everest (US), described his expedition and achievements climbing to the summit of Mount Everest anotherr book Facing the Frozen Ocean.  Born Survivor is the book   was written to accompany the TV series of the same name. He also wrote an extreme guide to outdoor pursuits, titled Bear Grylls Outdoor Adventures.

In 2012, Grylls released his autobiography, Mud, Sweat and Tears: The Autobiography, followed by A Survival Guide for Life in late 2012 and True Grit in 2013.

Grylls entered television work with an appearance in an advertisement for Sure deodorant, featuring his ascent of Mount Everest. Grylls was also used by the UK Ministry of Defence to head the Army’s anti-drugs TV campaign, and featured in the first ever major advertising campaign for Harrods.

Grylls has been a guest on numerous talk shows including Friday Night with Jonathan Ross, The Oprah Winfrey Show, Late Night with Conan O’Brien, The Tonight Show with Jay Leno, Attack of the Show!, Late Show with David Letterman, Jimmy Kimmel Live! and Harry Hill’s TV Burp. Grylls recorded two advertisements for Post’s Trail Mix Crunch Cereal, which aired in the US from January 2009. He also appeared as a “distinguished instructor” in Dos Equis’ Most Interesting Academy in a webisode named “Survival in the Modern Era”. He appeared in a five-part web series that demonstrates urban survival techniques and features Grylls going from bush to bash. He also has marketed the Alpha Course, a course on the basics of the Christian faith. In 2013, Grylls appeared in an airline safety video for Air New Zealand entitled Bear Essentials of Safety, filmed against the backdrop of the Route burn Track on the southern tip of New Zealand’s South Island. In 2014, Grylls appeared on Piers Morgan’s Life Stories.

Escape to the Legion

Grylls filmed a four-part TV show in 2005, called Escape to the Legion, which followed Grylls and eleven other “recruits” as they took part in a shortened re-creation of the French Foreign Legion’s basic desert training in the sahara The show was first broadcast in the UK on Channel 4, and in the US .

Grylls hosts a series titled Born Survivor: Bear Grylls for the British Channel 4 and broadcast as Man vs. Wild in Australia, New Zealand, Canada, India, and the United States, and as Ultimate Survival on the Discovery Channel in Europe, Asia, and Africa. The series features Grylls dropped into inhospitable places, showing viewers how to survive. Man vs. Wild debuted in 2006, and its success led it to lasting seven seasons over five years.

In a historic special edition of “Running Wild with Bear Grylls,” Bear takes President Barack Obama on an adventure in the Alaskan wilderness.

In August 2019, Bear Grylls appeared with Indian Prime Minister, Narendra Modi in a special episode shot in the India’s Jim Corbett National Park, Uttarakhand. The episode was showcased in more than 180 countries across the world on the Discovery, Inc. network.

ADVENTURE WITH CELEBRITIES TOO…

In 2010, Grylls came out with a new project titled Worst-Case Scenario which aired on Discovery in the US. It is based on the popular books of the same name.

In 2015, he began presenting the six-part ITV series Bear Grylls: Mission Survive which features eight celebrities on a twelve-day survival mission. The series began airing on 20 February 2015. Mission Survive returned for a second series in 2016. In 2016, he presented a CITV series called Bear Grylls Survival School. Filming started in August 2015. The series began airing on 10 January 2016. A second series was scheduled to begin on 7 January 2017.

In 2018, Englands ITV began airing a new series similar to the USA series “Running Wild with Bear Grylls” called “Bear’s Mission with…”. This show focuses on one British celebrity taking an overnight adventure with Bear each episode. The series premiered on ITV on early 2018.

Outside of TV, Grylls works as a motivational speaker, giving speeches worldwide to corporations, churches, schools, and other organisations.

On 9 April 2015, The Scout Association announced that Grylls would continue as Chief Scout until 2018. Grylls wrote, “I am so proud that the largest youth movement on the planet has asked me to continue in my role as UK Chief Scout.”

On 5 June 2015, Grylls, in an interview with The Telegraph, praised the challenge of being Britain’s youngest Chief Scout, saying “Scouting humbles me every day”.

Grylls is an ambassador for The Prince’s Trust, an organisation which provides training, financial, and practical support to young people in the United Kingdom.

Global Angels, a UK charity which seeks to aid children around the world, were the beneficiaries of his 2007 accomplishment of taking a powered para-glider higher than Mount Everest. Grylls’ held the highest ever dinner party at 7,600 metres (25,000 ft) in aid of The Duke of Edinburgh’s Award Scheme, and launched the 50th anniversary of the Awards. His successful circumnavigation of Britain on jet skis raised money for the Royal National Lifeboat Institution.

Grylls’ Everest climb was in aid of SSAFA Forces Help, a British-based charitable organisation set up to help former and serving members of the British Armed Forces and their families and dependents. His 2003 Arctic expedition detailed in the book Facing the Frozen Ocean was in aid of The Prince’s Trust. His 2005 attempt to para-motor over the Angel Falls was in aid of the charity Hope and Homes for Children.

In August 2010, Grylls continued his fund-raising work for Global Angels by undertaking an expedition through the Northwest Passage in a rigid inflatable boat. Many of his expeditions also support environmental causes such as his Antarctica expedition and his circumnavigation of Britain which tested a pioneering new fuel made from rubbish. In 2011, Grylls was in New Zealand during the February 2011 Christchurch earthquake. Following the incident, he appeared on New Zealand advertisements encouraging people to donate money to help rebuild the city.

Grylls is also an ambassador for Care for Children, an organisation that partners with governments in Asia to help create a positive alternative to institutional care through local family-based care for disadvantaged children.

Grylls said he spoke “from the heart” in backing the EU in the 2016 referendum. “At such a time for the UK to retreat, run and cut ourselves loose from Europe, when there are so many challenges on our doorstep, to me just doesn’t feel either courageous or kind,” he said. “Europe has many flaws, but I also believe the way to help resolve many of those tough issues is from within… I have never been a good quitter and I am so proud of the UK and our values: tolerance, kindness, respect, courage and resilience. This is why I want us to stay together and Remain in Europe.”

Grylls was appointed Officer of the Order of the British Empire (OBE) in the 2019 Birthday Honours for services to young people, the media and charity.

SOME ARE CRITICIZING BEAR GRYLLS THAT HE IS DOING SHOW WORKS ONLY….BUT CONTEMPORARIES ARE ALWAYS “BAD HISTORIANS”. THEY WON’T SEE QUALITATIVE CONTRIBUTION OF BEST INITIATIVES IN ANY FIELD